Since I was in school  I would always have this weird thought in my mind that -- "This thing wouldnt have happened the way it is hapenning had I not done what I did that time" Eeeeks confusing...ok here's an excerpt from a conversation with my friend..."Hey jammu you know what,if I hadnt dropped my pen an hour ago,things would have been on a different track right now",,,his reply and the rest of the excerpt I cant type here as it had lot of F*** bombs. Whatever, then one fien day while surfing on the net I came to read about - The Chaos Theory, and I knew I wasnt insane.

It has been said that something as small as the flutter of a butterfly's wing can ultimately cause a typhoon halfway around the world.

Simply put chaos is measurement of randomness or disorder.

The phenomenon, common to chaos theory, is also known as sensitive dependence on initial conditions. Just a small change in the initial conditions can drastically change the long-term behavior of a system. Such a small amount of difference in a measurement might be considered experimental noise, background noise, or an inaccuracy of the equipment.

Chaos theory has found lots of application varying from economics to biological sciences. 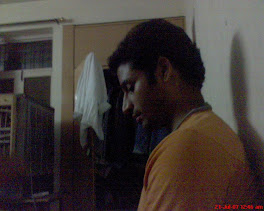